Located along the A3400 near Wootton Wawen is the Lodge to the former Edstone Hall.
Dating back to c730, the Edstone estate formed part of a monastery owned by the Saxon Ailric.
The Poet William Somerville wrote his famous poem ‘The Chase’ while living at Edstone and the Somerville family held the Hall for six generations. The present Edstone Hall was built in 1939 by the Birmingham Engineer Percy Pritchard.

Built of sandstone ashlar, the Lodge dates to circa early 19th century. In a Neo-Classical style, the Lodge features a portico with Doric columns and engaged pilasters. 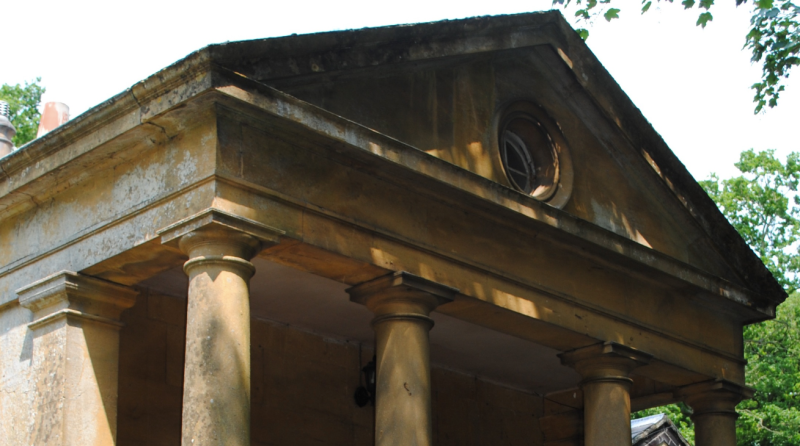 The pedimented portico with oculus.