Facing west of Treviso is Porta Santi Quaranta – Forty Saints Gate. Dating to the early 16th century, the gate was built to strengthen defences against attack. Constructed of Istria stone, the gate features a central arch and two side entrances which with two other gates, controlled access to the city up until the 20th century. 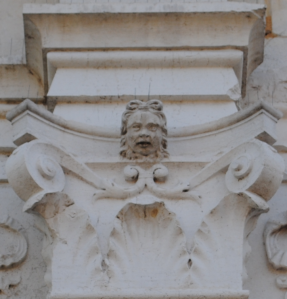 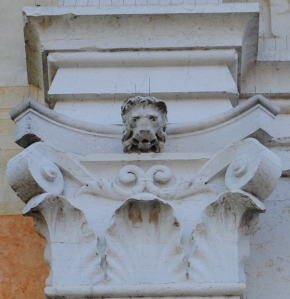 The facade is dominated by four pilasters on plinths with decorated corinthian capitals. 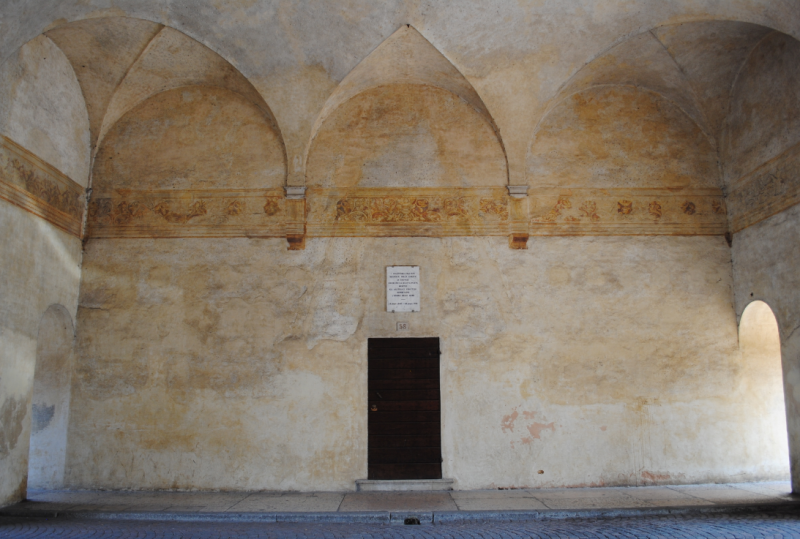 The inside of the gate (above) with three cross vaults to the ceiling. The plaque above the door translates “Italian volunteer defenders of freedom of Treviso went from this port while the Austrian winners made the honours of war.”