Located on Priory Road in Ulverston is the former country house, Conishead Priory. The building stands on the site of a 12th century Augustinian Priory which remained as a priory until 1537 when the building was dismantled. The estate came into the hands of the Braddyll family in 1683 who made Conishead their family seat for almost two centuries. 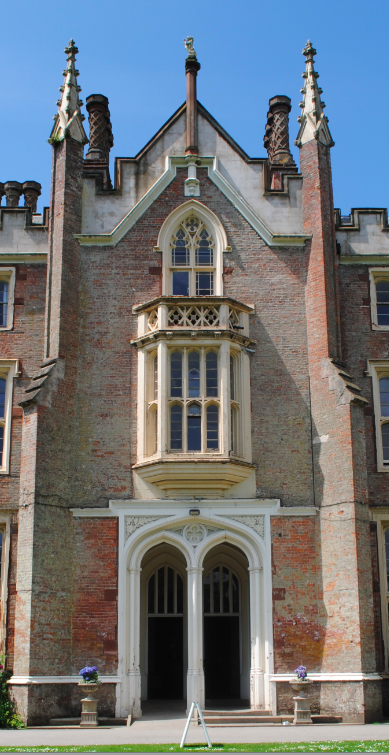 Constructed of rendered brick, limestone and sandstone, the Gothic style building features many pointed arches on the exterior with traceried windows and panelled octagonal chimneys.

In 1976, the estate was sold and became the home of the Manjushri Kadampa Meditation Centre. The building is Grade II* Listed.

Sculpted figures support the decorative archways of the porch