Located on Guildhall Street is the 13th century Guildhall. Once considered to be the civic centre, the Guildhall became the focus of disputes between the town folk and the Abbey who ruled the town during the Middle Ages. The oldest part of the building is the stone  entrance arch. Constructed of brick, stone and flint, the entrance is flanked by octagonal stone turrets. 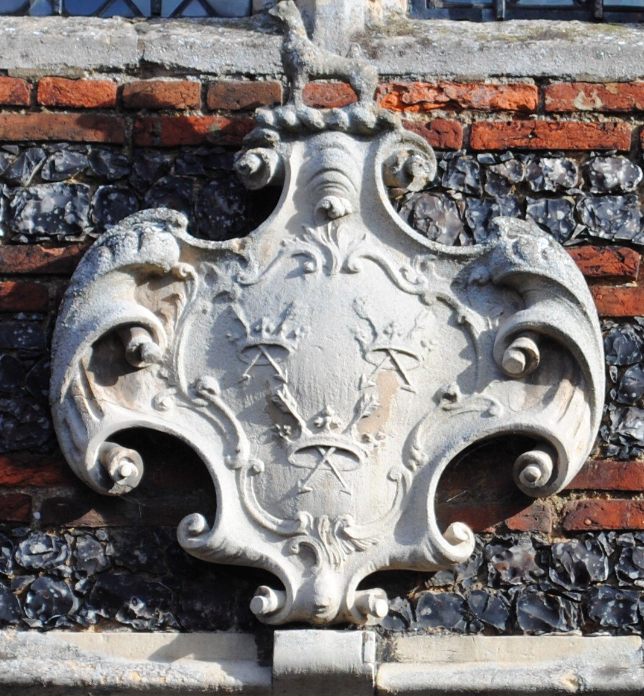 The carved stone Borough of St Edmundsbury coat of arms above the doorway depicting a wolf below which are three crowns with arrows.

The upper storey of the entrance porch features alternate bands of red brick and knapped flint with chequered stone and flint on the castellated parapet. The Guildhall is Grade I listed and the porch is a Scheduled Ancient Monument.