The oldest bridge in Florence, crossing the river Arno, is the Ponte Vecchio. The bridge was constructed of stone in 1345 and features three segmental arches. 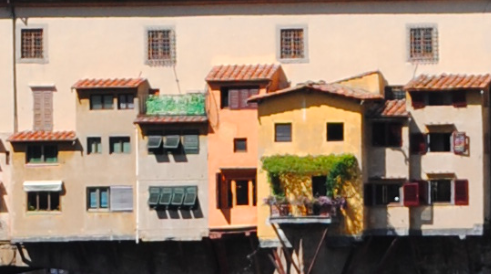 From the 13th century, all manner of shops lined the medieval bridge. In 1593, the Grand Duke of Tuscany, Ferdinando I de’ Medici, declared that only jewellers and goldsmiths would be permitted to trade on the bridge. 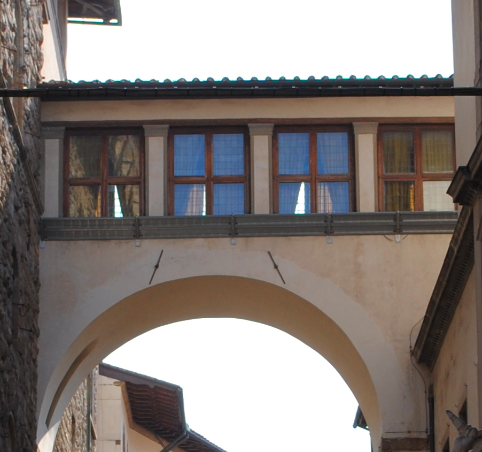 When the ruling Medici moved to Palazzo Pitti on the south side of the Arno, the Medici wanted to remain away from contact with the people they ruled. In order to connect the Palazzo Pitti and the Palazzo Vecchio (Town Hall), they commissioned the Italian architect Giorgio Vasari to build a corridor above the shops of the Ponte Vecchio. The Corridoio Vasariano (Vasari Corridor) was built in 1565.