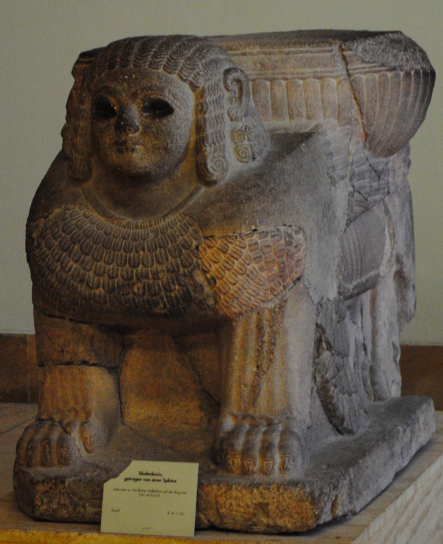 Sam’al was a colony founded in the 18th BC which became part of the Hittite Empire. Sam’al is located in modern day Turkey which was excavated during the 19th and 20th centuries. Dating to the 8th century BC, a Sam’al double sphinx column base is on display in the Pergamon Museum in Berlin. The basalt column bases were at the entrance of the Palace of Zincirli which was within the ancient walled city. 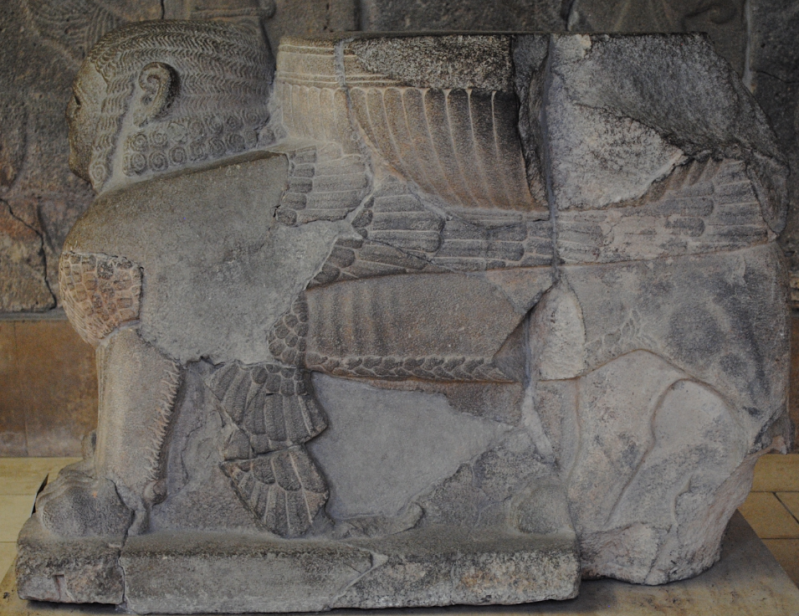