Located at the intersection of Via Martiri della Libertà and Via Indipendenza is the Loggia Dei Cavalieri – Lodge of the Knights. Constructed in the latter half of the 13th century, the loggia was built under Andrea da Perugia while he was major of Treviso. The loggia is built of brick with the arches constructed from Istria stone. The Romanesque loggia has five arches to three sides which are supported by undecorated columns. 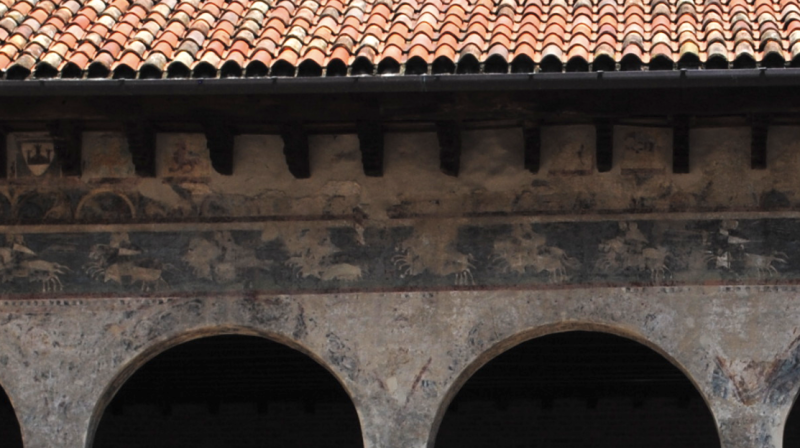 The loggia was decorated with frescoes of which fragments still survive today.