Situated in an elevated position above Swindall Beck is Brough Castle. Constructed on the site of the Roman fort of Verteris, the oldest parts of the castle dates to circa 1100AD. With the constant threat of attack from the kings of Scotland during the 12th century, Brough Castle underwent several rebuilds and strengthening of its defences during its history.

The 13th century Clifford’s Tower (above) was built by Roger de Clifford with the addition of Tudor windows which were inserted by Lady Anne Clifford. The tower structure is D shaped with three storeys which stands upon a plinth. Much of the outer wall of the tower was rebuilt in 1660 by Lady Anne Clifford.

What remains of the gatehouse (above) which dates to 1200AD and was the work of Robert de Vieuxpont. The gatehouse was originally three storeys high and was added to the castle following damage sustained by the Scots in 1174. 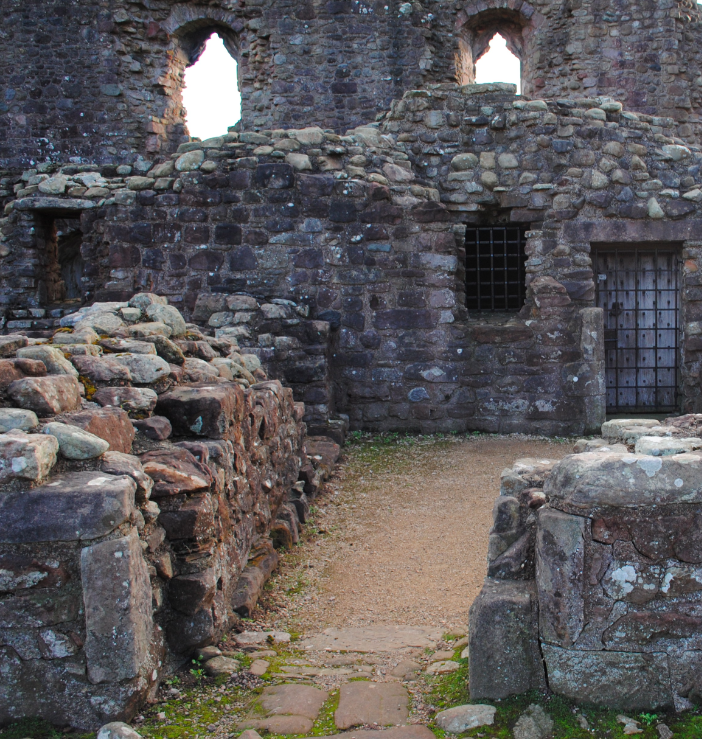 The hall range lies in the south east corner of the courtyard and is thought to have been first built by Roger de Clifford. Above a series of vaulted ground floor rooms a first floor hall was added.

The south east view of the keep (above) which was built on the site of a former tower. The tower is thought likely to date to the late 12th century and built by Theobald de Valoines during the period when Brough was in royal ownership.

The interior of the keep (above left) shows some of the surviving 17th century wall plaster. The basement was used as a store room, a hall was on the first floor with the top floor partitioned to form two chambers.

View across the courtyard shows the cobbled surface which was excavated in the 1920’s. What remains of the stables, built by Lady Anne Clifford, can be seen on the right. The stables were positioned between the gatehouse and the keep and stood along the south wall. Brough Castle and what remains of the Roman Fort Verteris are a Scheduled Ancient Monument.