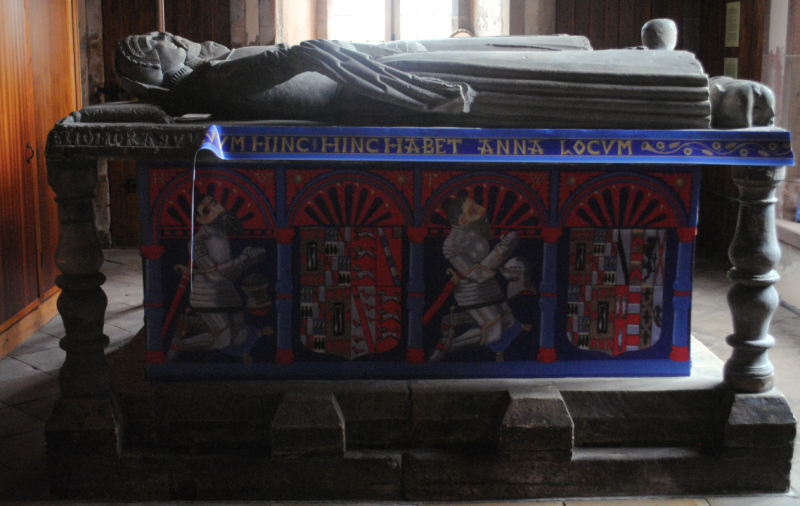 In the aisle to the north of the chancel in Kirkby Stephen Parish Church is the monument to Thomas, 1st Lord of Wharton. Born in 1501, Lord Wharton was created Baron in 1544 by King Henry VIII following his success during warfare with the Scots on the battlefield at Solway Moss. He founded Kirkby Stephen Grammar School in 1566 and died in the Yorkshire Dales in 1568.

The carved alabaster tomb chest features a latin inscription that runs around the top of the tomb. Latin epitaphs celebrate the two marriages of Lord Wharton and his four children. The tomb itself is empty as Lord Wharton is buried at his estate in Yorkshire. 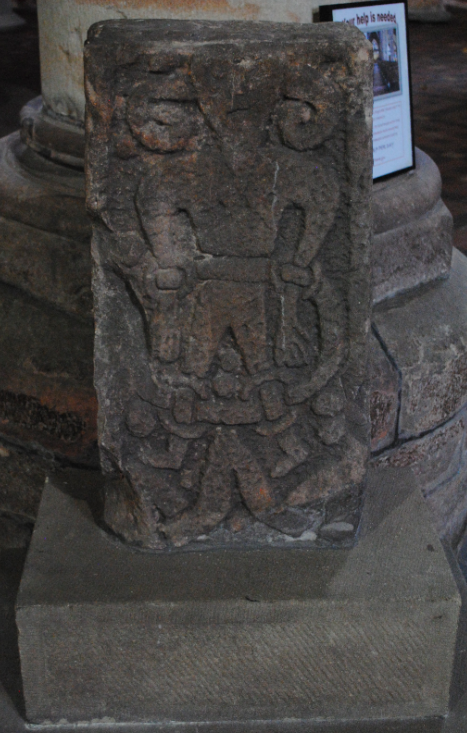 Opposite the south door of the Church of St Stephen sits a sculpted figure from Norse mythology. The figure depicted is the trickster god Loki Laufeyjarson who was the son of the giants Fárbauti and Laufey. The stone was discovered amongst ancient gravestones at the far end of the church but was subsequently moved inside the building. Dating to the 8th century, the carved figure of Loki is shown to be bound and chained with the stone being one of few physical remains from the time when Vikings had settled in the area. The stone is unique in Britain and is one of only two known carvings of its type in Europe.

On display in the Rheged Centre, as part of The Art of Remembering exhibition, was a collection of work entitled Memory Vessels. The ceramics and meticulously constructed model ships are the work of the artist Mark Gibbs. 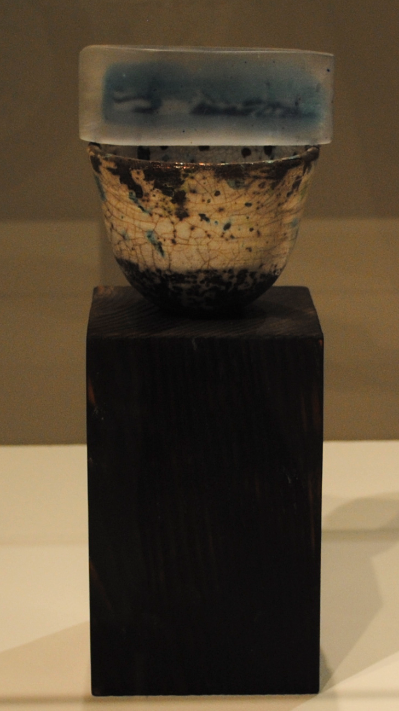 To create the ceramics, Mark used a western variation of an ancient Japanese technique called Raku. Removing the pot from the kiln whilst still at an incredibly high temperature, it is then placed into a reduction chamber – which is normally a metal tin filled with combustible materials such as sawdust or straw – which creates a blackened carbonised look on the surface of the ceramic.

The intricately detailed battleships are modelled on real vessels with the largest being H.M.S. Dreadnought. This revolutionary craft changed the face of naval warfare instantly casting existing ships into obsolescence.

The visual imagery of smoke and fire with the scorched surface of the finished pot is designed to stir images of the violent explosions during battles at sea.

The ceramic pieces feature designs inspired by Dazzle Camouflage which is a striking geometric pattern used on ships during the First World War.

Located in the presbytery aisle in Carlisle Cathedral is the monument to Samuel Waldegrave. Born in 1817, Samuel became Bishop of Carlisle in 1860 – a post which he held until his death in 1869. The monument was raised from public subscription in 1872 and details the sculpted figure of the bishop wearing a robe and holding a bible in his left hand.

On display as part of The Art of Remembering exhibition held at the Rheged Centre included work by the artist Helen Snell. The work, entitled Fighting Fit, is a series of laser cut paper reliefs which tell the story of a healthy young boy being examined by military medics and declared ready for action. Interested in the irony of the Army and Navy medical, Snell focused on the sight test (above) and a throat examination (below). The inspection light of the medic is depicted as a weapon itself in Weeping Wound (below) with cascades of blood and water which tumble down around the new recruit.

On display in the south aisle of the choir in Carlisle Cathedral is a replica of a 12th century sword. Similar in size, weight and design, the single handed cruciform sword was commonly used during the Middle Ages. Such arming swords were the standard military sword of the knight and descend from the swords from the Migration Period and the Vikings.

The sword is said to replicate one of the swords used to murder the 12th century Archbishop of Canterbury, Thomas Becket. The original sword is thought to have belonged to the Anglo Norman knight Sir Hugh de Morville, Lord of Westmorland, who was one of the murderers of Becket.