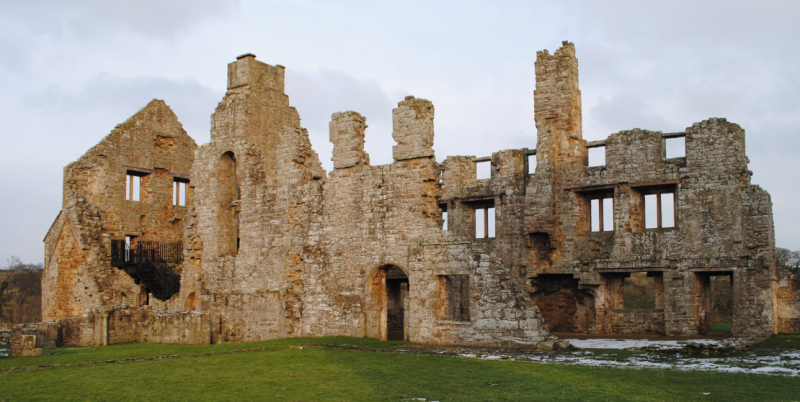 On the southern bank of the River Tees stand the ruins of Egglestone Premonstratensian Abbey. The church and cloister was a small narrow building and was first constructed in 1195-1225. In circa 1250, the presbytery was rebuilt and the nave enlarged. The north and west walls of the nave are the only surviving parts of the original church. 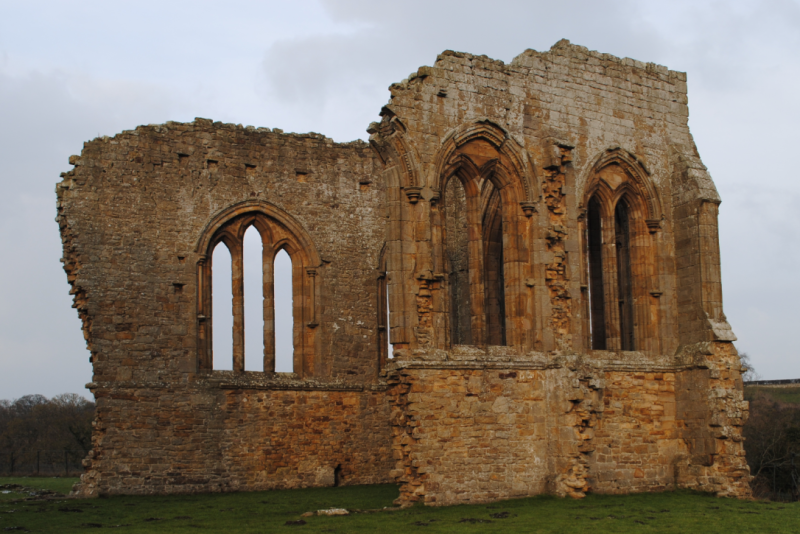 The Abbey was founded between 1195 – 1198, by the de Multon family, for Premonstratensian canons and was constructed of squared stone and rubble. The cruciform plan church almost lost its Abbey status as a result of the poverty suffered by the canons throughout their history. Known as ‘white monks’, the Canons undertook preaching and pastoral work in the region but followed the Cistercian rule of austerity. The five light east window (above) consists of four tall straight moulded mullions with no tracery. 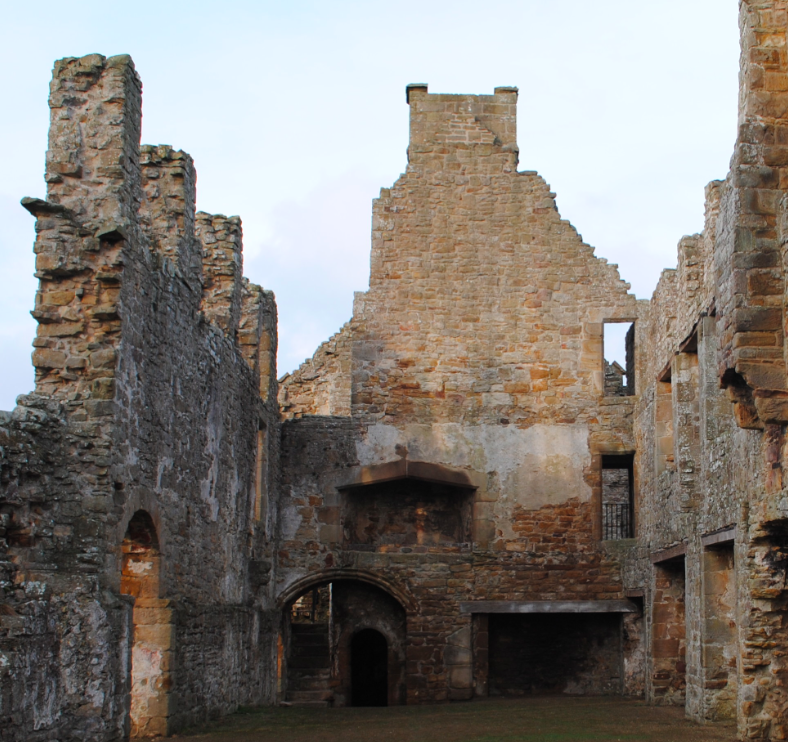 After the Dissolution in 1538, the north and east ranges were converted to a manorial hall by Robert Strelley. Dating to the mid 16th century, the east range of the cloister (above) was of three storeys and features a first floor fireplace with a flat pointed head with the remains of a warming house fireplace on the ground floor. 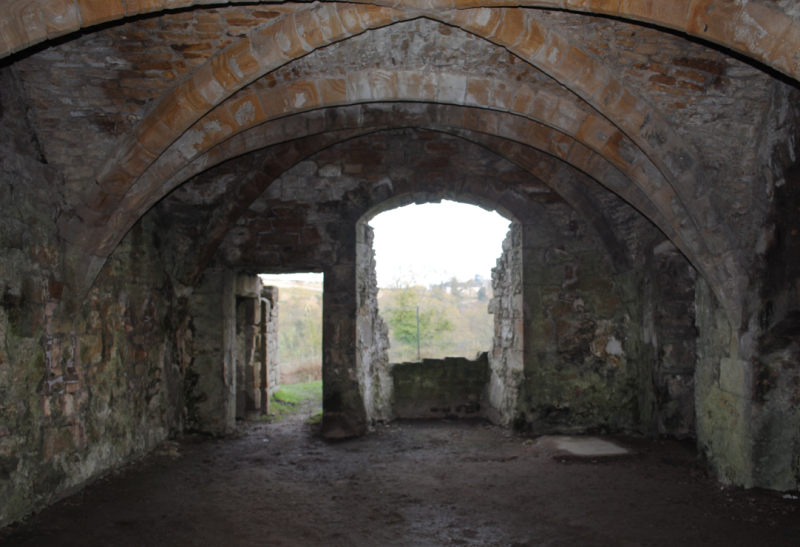 The Abbey was sold in 1770 to John Morritt of Rokeby Hall with his descendant placing the ruins in state guardianship in 1925. 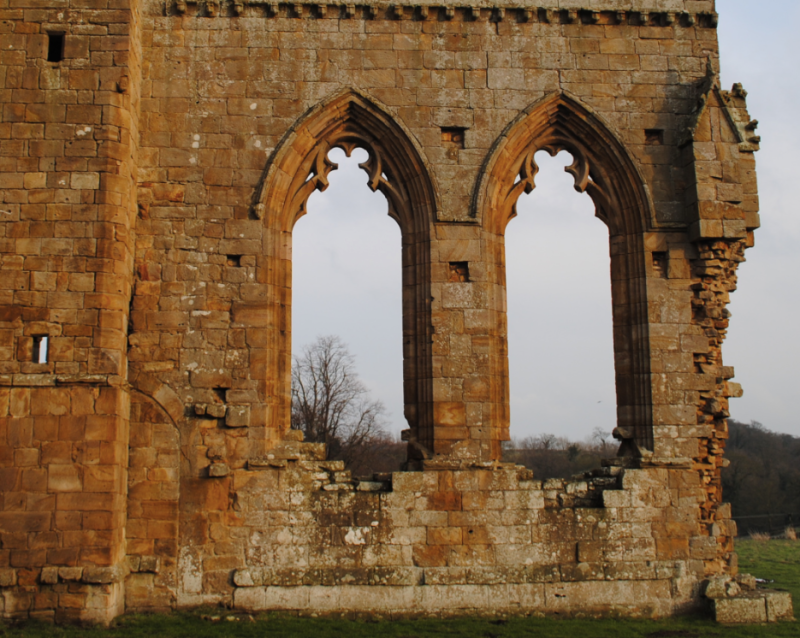 The ruins of Egglestone Abbey are a Scheduled Ancient Monument and Grade I Listed. 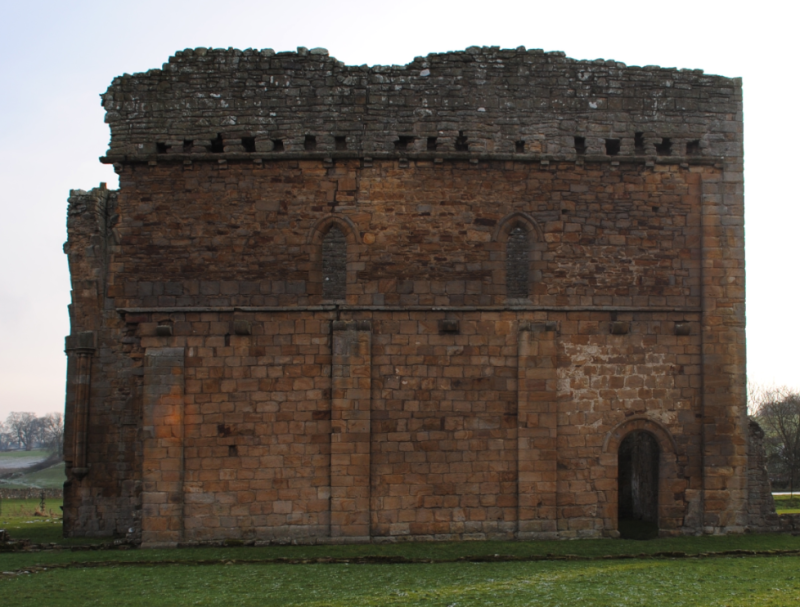