The above oil on canvas painting is entitled A Musical Party and is the work of the Italian painter Vicenzo Vita. Dating between 1770-1782, the painting depicts a man seated at a pianoforte while a woman holds the score for him. Represented in this context, music implies taste, leisure, culture and wealth and harmony between the members of the party. Although the pianoforte was invented by Bartolommeo Cristofori in late 17th century Florence, when this portrait was painted these instruments were produced mostly in Naples in the Anglo-German and Viennese styles. 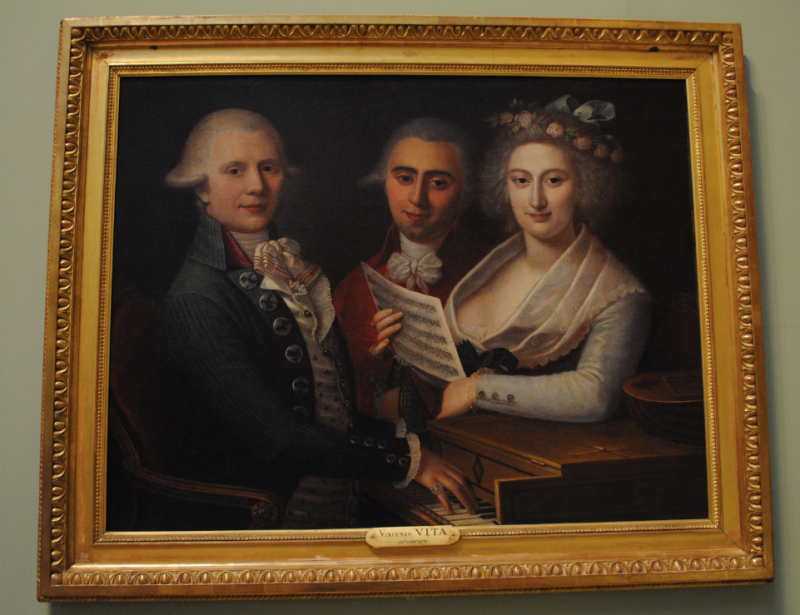