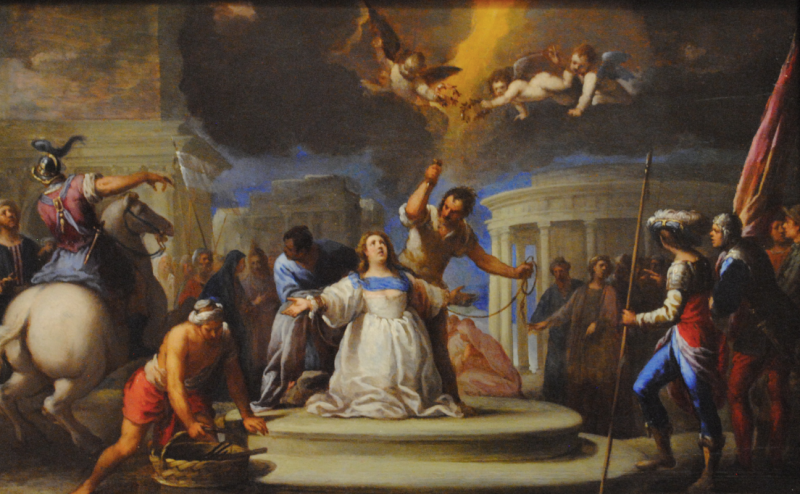 The above oil on panel dates to between 1650-1750 and is attributed to the Northern Italian School. According to the Legenda Aurea (Golden Legend), which was compiled by the Italian archbishop Jacobus de Voragine, St Agnes refused to marry Licinius, the son of a prefect. The prefect ordered that she be stripped publicly and exposed as a prostitute. St Agnes is depicted in the painting wearing a heavenly white dress and her long hair miraculously covered her body during the ordeal. After this miracle, St Agnes was executed with a stab to the neck and the cherubs above are depicted delivering the crown of martyrdom.