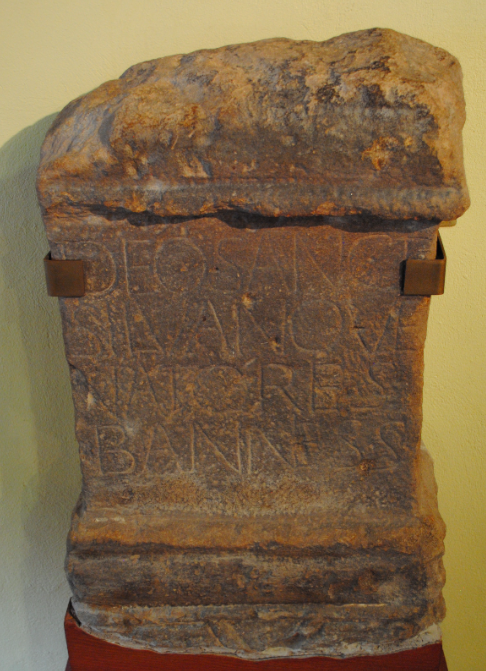 On display as part of an exhibition at Birdoswald Roman Fort is the above altar. Found in 1821, large numbers of inscriptions dating to the 3rd century AD have been discovered. The altar, which also dates to the 3rd century AD, is dedicated to Silvanus by the Venatores Bannienses (Deo Sancto silvano ue natores Banniess). Silvanus was the Roman god of woodland and uncultivated land and the altar contains the only inscription to show the fort’s Roman name Banna. Several inscriptions that date to this period refer to the new garrison which remained until the late 4th century AD – the cohors Aelia Dacorum milaria, an infantry regiment 1000 strong which had originally been raised in Dacia, modern Romania. The unit is recorded on a large number of altars dedicated to Jupiter Optimus Maximus (Jupiter Best and Greatest) by a succession of commanding officers or tribunes. Almost certainly referring to this garrison, ue natores also corresponds with other late military titles and does not refer to actual hunting although hunters are attested amongst legionary troops. This specialist skill carried with it exemption from normal fatigue duties. 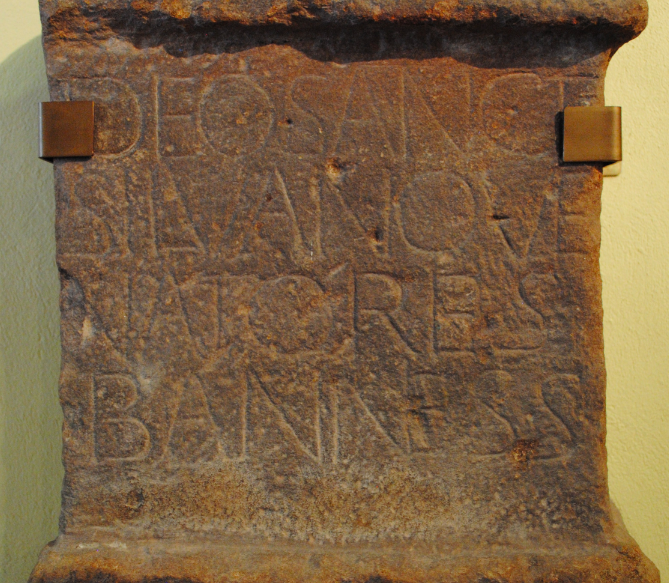