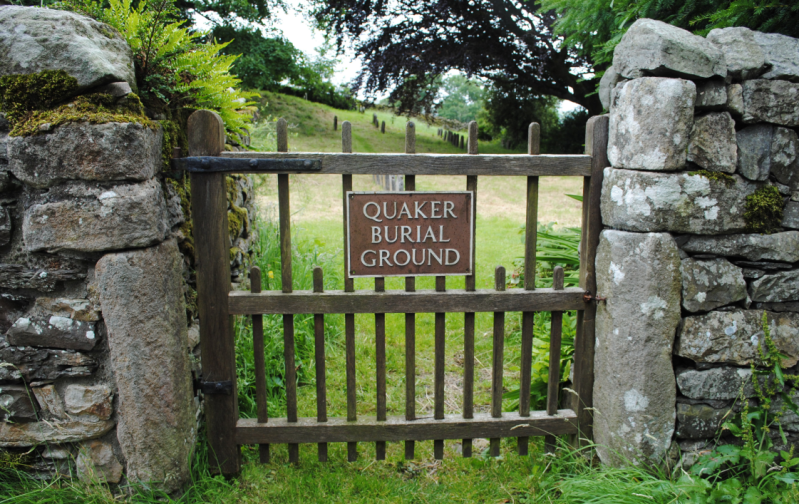 Situated close to the Quaker Friends Meeting House at Brigflatts is the Quaker Burial Ground. Early Friends needed somewhere to bury their dead because the Anglican churchyards were closed to them. The first Friend to be buried here was Rebecca Langle in 1656 in what was then Richard Robinson’s Apple Orchard. Four more Friends were subsequently buried and in 1660, the land was purchased from Richard Robinson for the sum of 10s. This burial ground is likely to be the first piece of land purchased by the early Religious Society of Friends.

Since the 17th century, some 700 Friends have been buried here although there are less than 100 identified plots. The raising of headstones was only sanctioned by BYM (Britain Yearly Meeting) in 1850. In keeping with the Quaker Equality Testimony, headstones are of a uniform size and shape. In recent years, Friends have often favoured cremation and the burial ground is often used for the scattering of ashes. The Friends manage the burial ground in a way that encourages wild flowers so a mowing regime for spring and early summer flowers in one area, and late summer flowers in another, has been implemented. 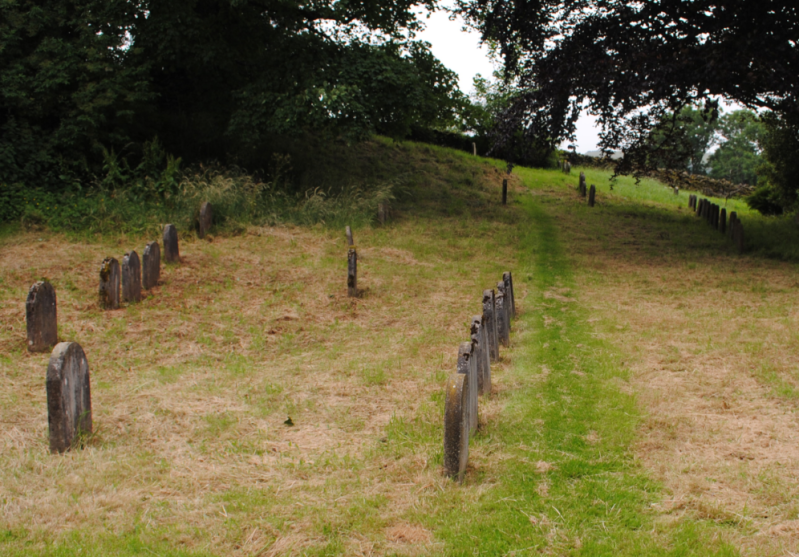