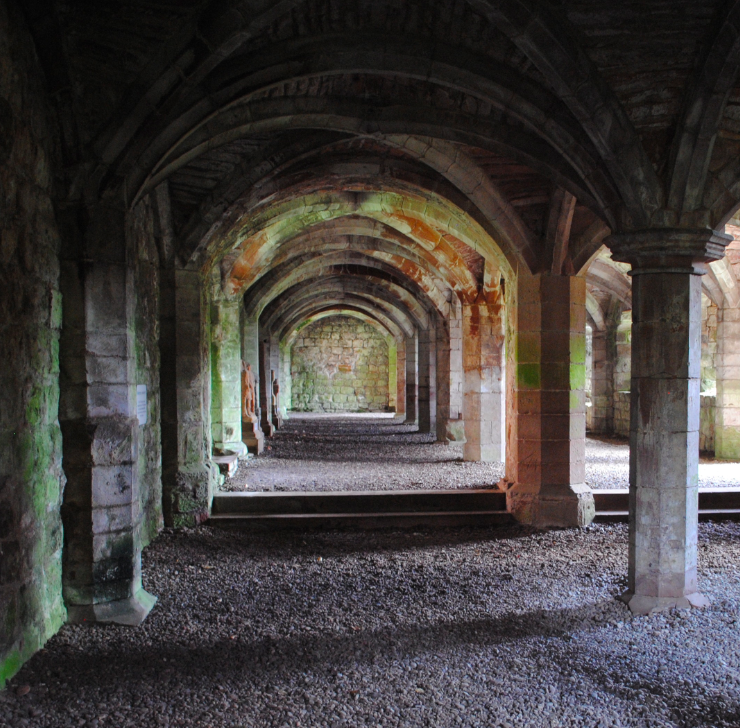 Beneath the refectory (dining room) in the south cloister range at Lanercost Priory is the vaulted undercroft. Originally divided in two, the undercroft was built during the mid 13th century and provided plenty of space for storage of food and drink. The last three bays were known as the warming room, the only place the canons were allowed to keep warm in front of a fire. As with the other monastic buildings at the priory, the undercroft is constructed of dressed sandstone and originally lay beneath the refectory which was a victim of the Dissolution.

Providing a practical way for masons to identify which pieces of masonry they have produced, the marks of the masons were used both as a way for masons to ensure they were paid for their work and as a quality control. Many such marks (above and below) can be found on numerous stones around the priory.

The marks of the masons provide us with evidence for the working practices of the highly-skilled and able men who constructed the magnificent stone structures of the past. The marks were put on the stone for entirely practical reasons and in answer to the particular needs of the industry. Most masons only worked on site between the spring and the autumn and work was scaled right down during the winter when it was not possible to build for fear of frost damaging the partially complete structure.

Archaeological excavations in 1994 recorded eighty seven masons marks with tooling marks evident on most of the masonry wall blocks. The position of the marks on the lower courses of the wall above the foundations suggest that they are related to the first phases of construction of the priory church in circa 1200 A.D. We may not be able to identify, or name, all the masons from their marks but we can use them to deepen our understanding of their work and appreciate more the buildings that they helped to create.

The undercroft contains replicas of Roman altars and tombstones found near Lanercost over the last 200 years. The above relief sculpture depicts Hercules on the left and Jupiter on the right. A similar relief was found in 1821 at Birdoswald Roman Fort and a more detailed description can be found in my earlier post entitled Gilsland: Birdoswald Relief Carving (July). 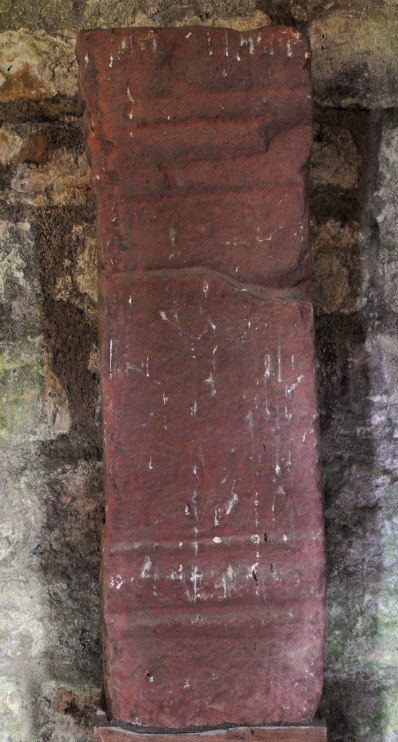 The above altar is dedicated “To Jupiter, Best and Greatest, the First Aelian Cohort of Dacians… willingly and deservedly fulfiled its vow, with (…) rinus, beneficiarius, in charge of the work.” The Province of Dacia was situated in Romania and a beneficiarius was someone who had been seconded for special duties.

The above altar is “To the god Cocidius the soldiers of the Twentieth Legion Valeria Victrix willingly and deservedly fulfiled their vow in the consulship of Apr… and Ruf…” Cocidius was a native god and is identified with the Roman gods Mars and Silvanus. This altar was dedicated in AD 153. On the left hand side is a jug and on the right is a dish for pouring the libation or offering on to the top of the altar. A wild boar, symbol of the Twentieth Legion, is portrayed on the base of the altar. This altar was found in the foundations of Milecastle 52 at Bankshead.

The above altar is “To the god Cocidius the soldiers of the Second Legion Augusta willingly and deservedly fulfiled their vow.” This altar was also found in the foundations of Milecastle 52 at Bankshead.

The above altar is “To the holy god Cocidius, Annius Victor, legionary centurion.” The cult of Cocidius was limited to north Britain and most of the dedications to him come from Hadrian’s Wall or its vicinity. 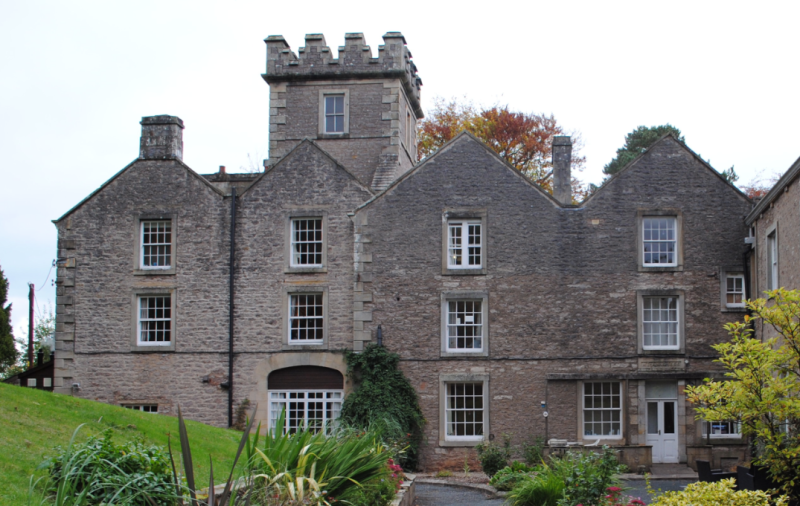 Located in a commanding position over-looking Kirkby Stephen stands the castellated mansion Stobars Hall. With extensive views of the surrounding landscape, this delightful setting was chosen by James Brougham for his mansion in 1829. The mansion was built and designed by Mr William Close of Kirkby Stephen who is described as a joiner, cabinet maker and architect (History, Topography and Directory of Westmorland and Lonsdale North of the Sands in Lancashire, Edition: 1849). 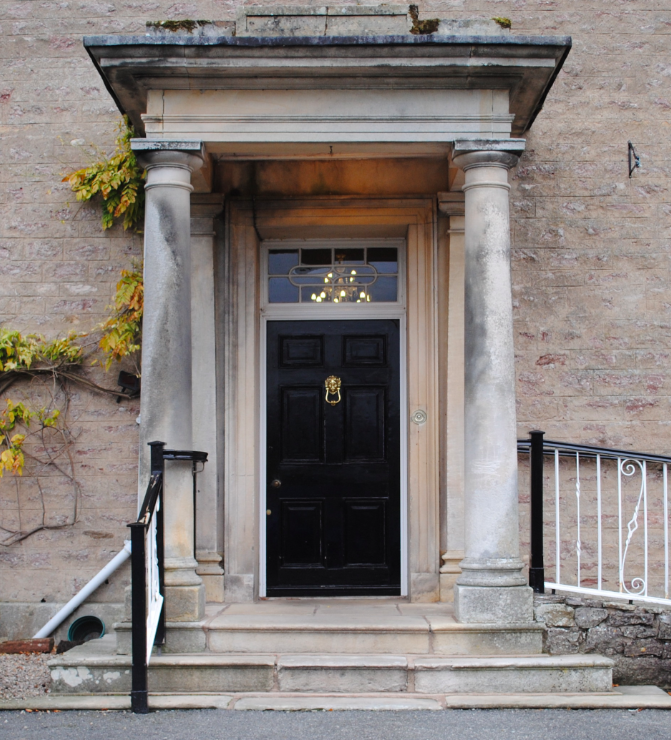 The building features a late Georgian front with a Tuscan porch (above) and tripartite ground floor windows. The building is constructed of coursed rubble with incised jointing, moulded quoins and features an embattled parapet. 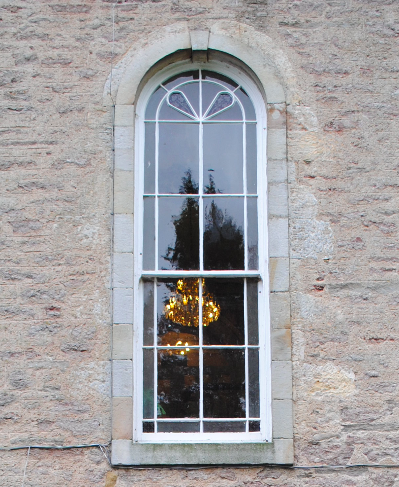 Stobars Hall was later occupied by Captain Martin Irving JP, William Metcalfe in 1851 and by 1871, Matthew Thompson JP who was a local landowner and Deputy Lieutenant of the county. 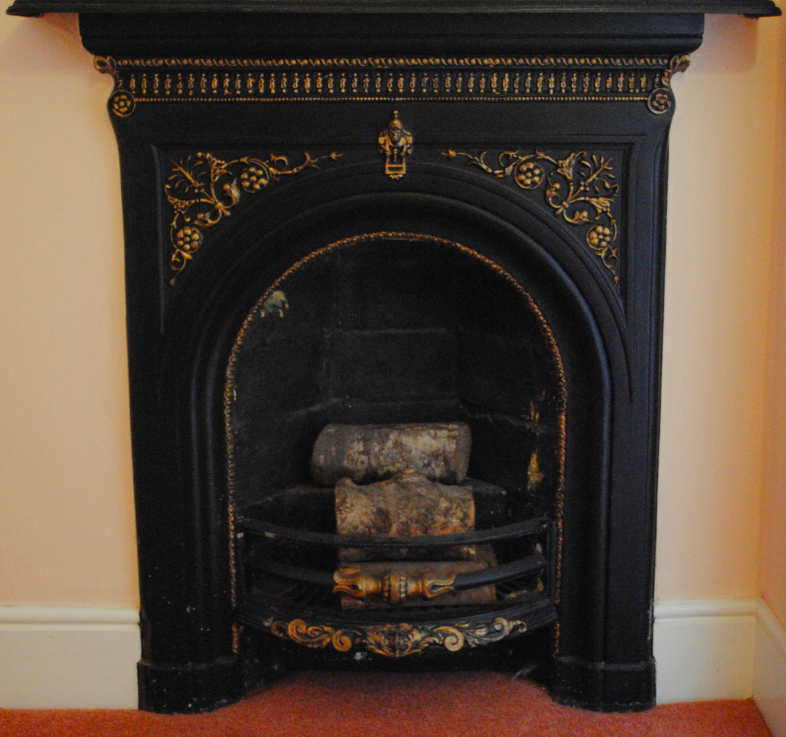 The mainly two storey building is of a L shaped plan with embattled towers, chimneys concealed in merlons and 16 pane sash windows to each floor. Many original features still remain throughout the building including doors, cornices and ornately decorated fireplaces (above and below).

A poem taken from The Book of the Chronicles; Or, Winter Evening Tales of Westmorland, Volume 1 adequately portrays the setting:

“Hail Stobars, hail! from thy high hill, We gaze and look, and wonder still: What a landscape greets our eyes, Spread beneath the lofty skies; Loveliest place of all the North, Art did much to bring thee forth; Brougham! thy honour’d Name shall be, Transmitted to posterity; In future ages will be sung- ‘The patron of the Poet Young.”

The reception rooms north of the entrance hall feature re-used 17th & 18th century panelling and some of the hand carved pieces of furniture are incredibly rich in detail. The wonderful cabinet below is inscribed with the initials WME and is dated 1713. The panels are exquisitely embellished with geometrical patterns and flowers.

The advantageous position of Stobars Hall includes views of Wild Boar Fell, Wharton Hall & Park and the Forest of Mallerstang.