On the west side of the Hall, and next to the West Formal Garden, is the Victorian Laundry. The early 19th century building is constructed of brick consisting of two storeys and features twenty four pane sash windows to the ground floor. As it was in Victorian times, the ground floor is separated into Wet and Dry Rooms both having stone flag floors.

The Dry Room has two drying racks which hang from the ceiling. A laundry maid would bring wet clothes into the Dry Room to be dried, starting with the rollers of the iron-framed mangle to squeeze out water. This would also be used for pressing dry clothes. The Dry Room has a big box mangle in the centre of the room which was used to press large damp sheets or tablecloths.

The Wet Room features a wooden sink range with brass taps and two set pots with grates beneath on the rear wall. Large bowls were used to boil clothes with smaller bowls used for general washing. Both would have been heated from below by fires. The dolly would have been twisted strenuously through clothes in soapy water and heavily stained clothing would have been scrubbed vigorously against a washing board. 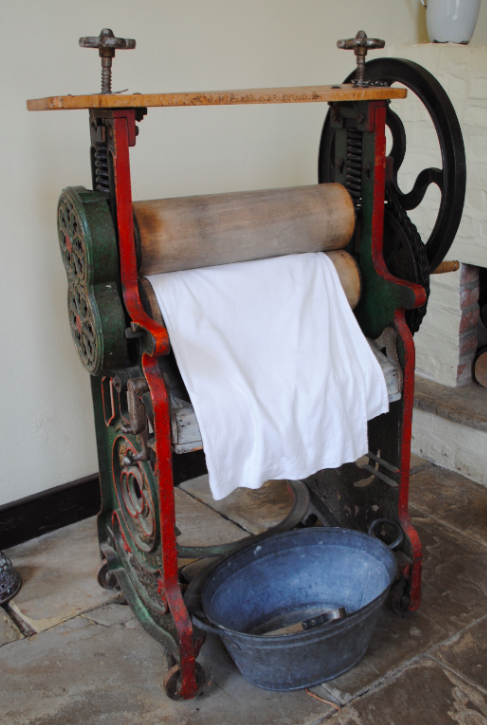 The work of the laundry maid would have been exhausting and they were not expected only to do the dirty washing of Beningbrough. It was a common belief that washing dried in country air was healthier than that dried in a town so the family would have sent their laundry up to Beningbrough from their London and Brighton houses.