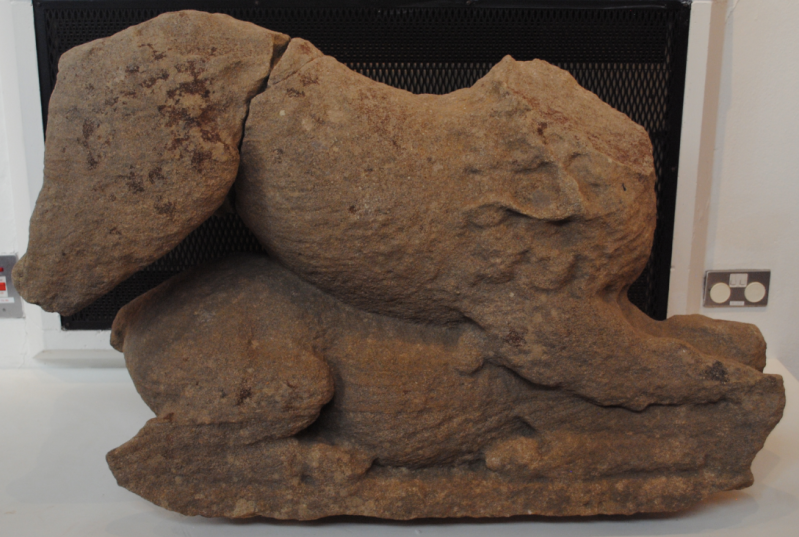 The Romans erected gravestones and tombs for their dead just as we do today. Often inscribed with the letters DM, Dis Manibus (To the Spirits of the Departed), not all Romans believed in an afterlife and there was a wide range of religious beliefs. The earliest graves found at Rome date to the 10th century BCE and include both urn cremations and inhumations. The bulk of the population was disposed of relatively informally across most of Europe in the 5th-3rd centuries, often by exposing the body on platforms. By the 1st century cremation was the norm and Roman nobles began building elaborate tombs around the same time. Modelled on those of the Greek east, such tombs featured monumental sculptures and elaborate stone architecture.  The Roman tradition relating to the disposal of the dead led to a strict separation between the space of the deceased and that of the living. It was illegal to bury the dead within the boundaries of a settlement so cemeteries are always found outside towns and forts (Hornblower & Spawforth, 2004). It was widely believed that the souls of the dead lived on in their tombs or graves and so gifts were often brought to placate these spirits. At Corbridge there are tombstones which detail the names of individuals who lived at the Fort. The lion above was discovered when the mausoleum at Shoredon Brae was excavated and was originally placed on top of the outer wall of the monument. Lions were often associated with funerary monuments as they were seen to symbolise either the inescapable ravages of death or man’s triumph over death. As very few have been found in direct association with mausoleum buildings, the lion is an important find.