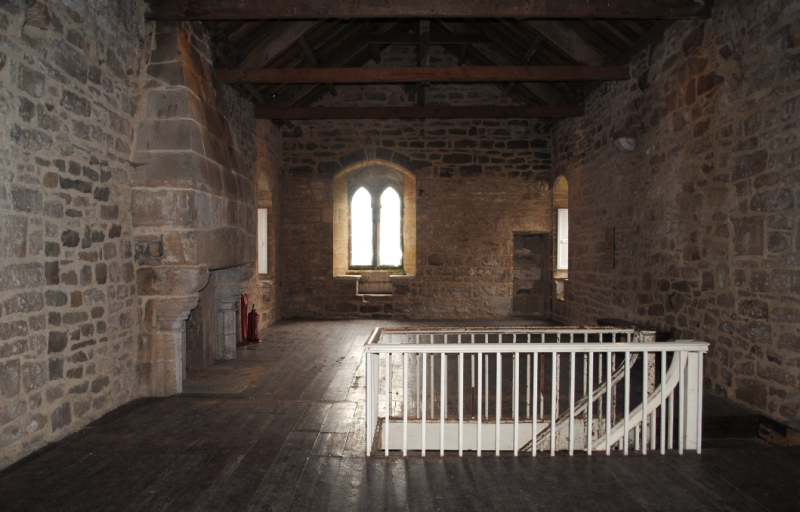 The Chamber (Solar) above at Aydon Castle was used as the Lord’s private apartments and is laid out as a single room. Access to the room was from the hall but the private stair to the ground floor no longer exists. The present stairs are as a result of alterations from when the building was used as a farmhouse from the 17th century and continued until 1968 (Allsopp & Clar, 1969). To provide privacy, the room was divided by a partition – probably where the staircase now stands. The smaller part of the solar would have been used as a lobby or waiting room for visitors. 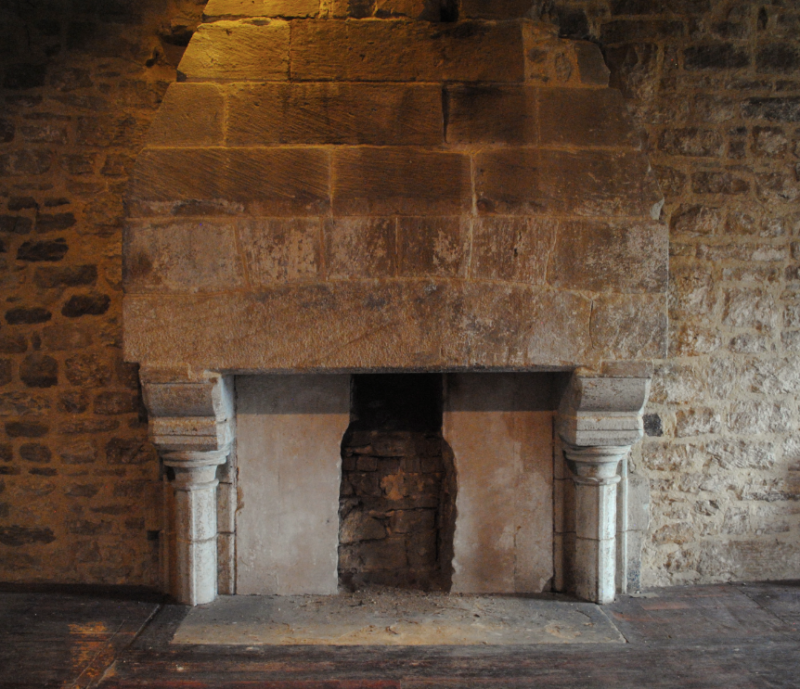 The main room was the northern one with a fireplace and three windows with seats. The most significant alteration to the room has been the removal of the main 13th century fireplace from the opposite wall to its present location. The medieval chimney flue remains on the outer wall and despite its move, the fireplace is still impressive and gives an indication of the quality of the interior furnishings and fittings within the chamber block. The previous position of the fireplace was immediately above the fireplace in the room below so it is possible that the chimney flue may have leaked from it into the solar’s fireplace. The rather awkward looking fireplace now stands lower than it should which encapsulates Jenkin’s (2003) view that Aydon “seems gloriously lost in an antique world of its own.” 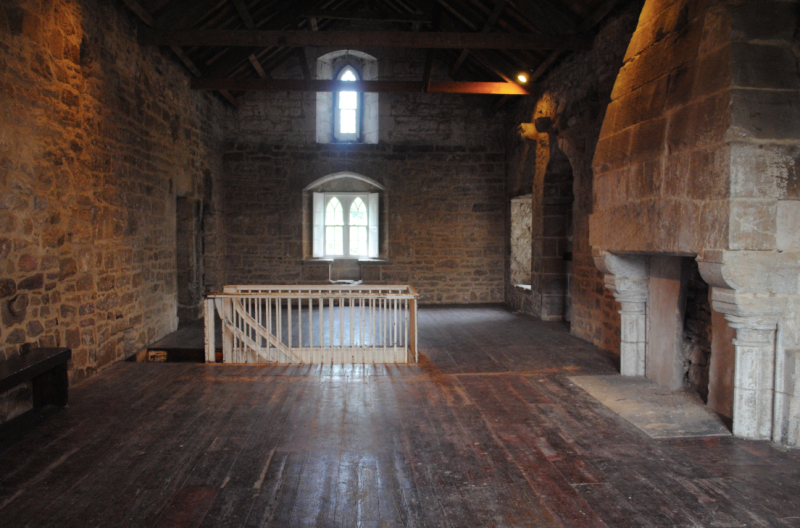