Located along Millennium Avenue at the National Arboretum is the above life-size statue. Dedicated to the members who played an important role in World War II, the statue depicts an Auxiliary Territorial Service (ATS) girl wearing the basic khaki uniform. The ATS was formed in September 1938 and was made up of volunteers who underwent six weeks of basic training. The ATS was disbanded in 1949 and the Women’s Royal Army Corps was formed. The memorial statue is the work of sculptor Andy De Comyn who used his wife Francesca as the model. Consisting of a cementitous render over a reinforced concrete core, the appearance of the statue is akin to limestone and designed to withstand weathering and acid rain. 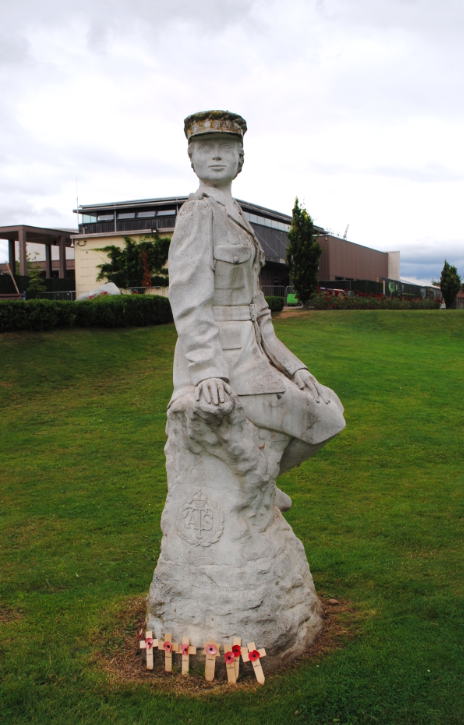